Is a Recession Looming?

To provide clarity and 2019 context to recession scenarios, we share the observations and thoughts of two Capital Group (advisors to American Funds) economists, Jaren Franz and Darrell Spence.  Their July, 2019 article, “Sharpen Your Awareness”, focuses on key recession issues.*

What is a Recession?

Recessions are normally defined as at least two consecutive quarters of decline in gross domestic production.  Declines follow periods of growth.  The most recent growth period has lasted roughly 10 years.

How Long do Recessions Last?

As the chart shows, recessions don’t last very long (average 11 months) compared to expansions (average 67 months).  They can be painful, however, to those most directly affected. 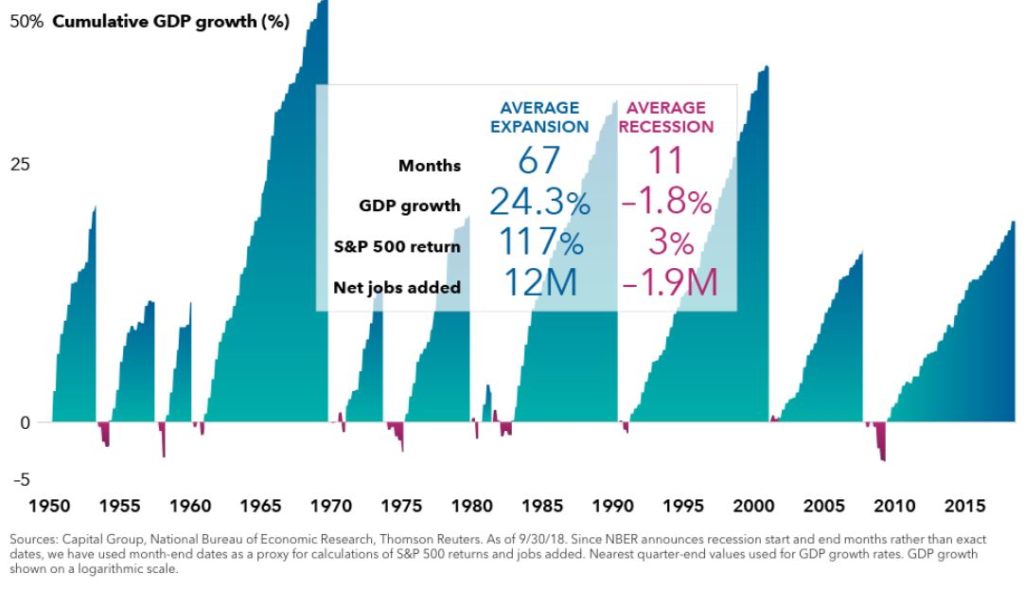 Stock markets lead recessions by six to seven months on the way down and recover prior to the end of the recessionary cycle.  For example, the current bull market began in March 2009, months before the recession ended. 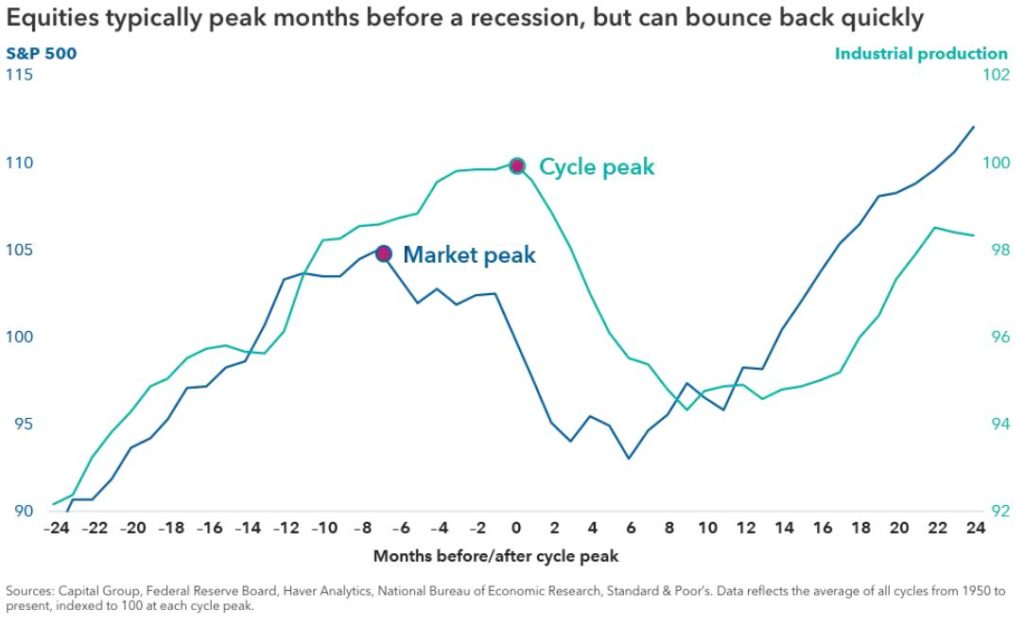 The inverted yield curve has gotten so much attention that I think my pre-school grandchildren know it’s a warning sign.  The inverted curve (short term interest rates higher than long term interest rates) has preceded every recession over the past 50 years.  The curve inverted on August 14, 2019 which could indicate a recession beginning in 2020 or 2021 since there is an average lag of 16 months following inversion. 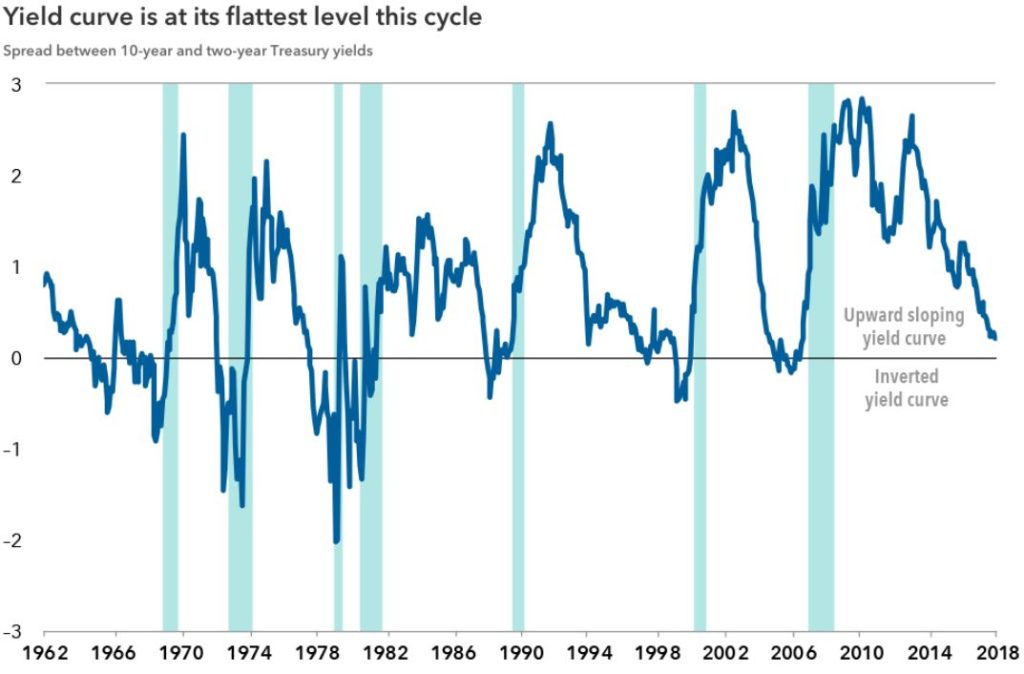 Don’t mark your calendar based solely on the inverted curve, however.  Other indicators (unemployment, corporate profits, etc.) are collective warning signs.

So, what are the implications for financial decision making?  Let’s not get fearful.  The last recession was called “The Great Recession” for a reason – it was extreme.  Most are not.